It's been quite awhile since I posted here.  I had given it up but I am going to try again.

Todays' post is about the Guest Room.  This summer we were expected 3 separate waves of visitors so it was finally time to get that room going.  That will be a separate post but here is the story behind the dresser.

I knew the size and shape I wanted and kept my eyes open at the online tag sale pages and when I went to thrift stores.  The closer it became to the first Visitors, I didn't think it would happen.  I figured I put a card table up for a place to put their stuff.

Then I saw his baby on my friends FB page. For $30 it was EXATLY what I wanted.  Except it was ugly. 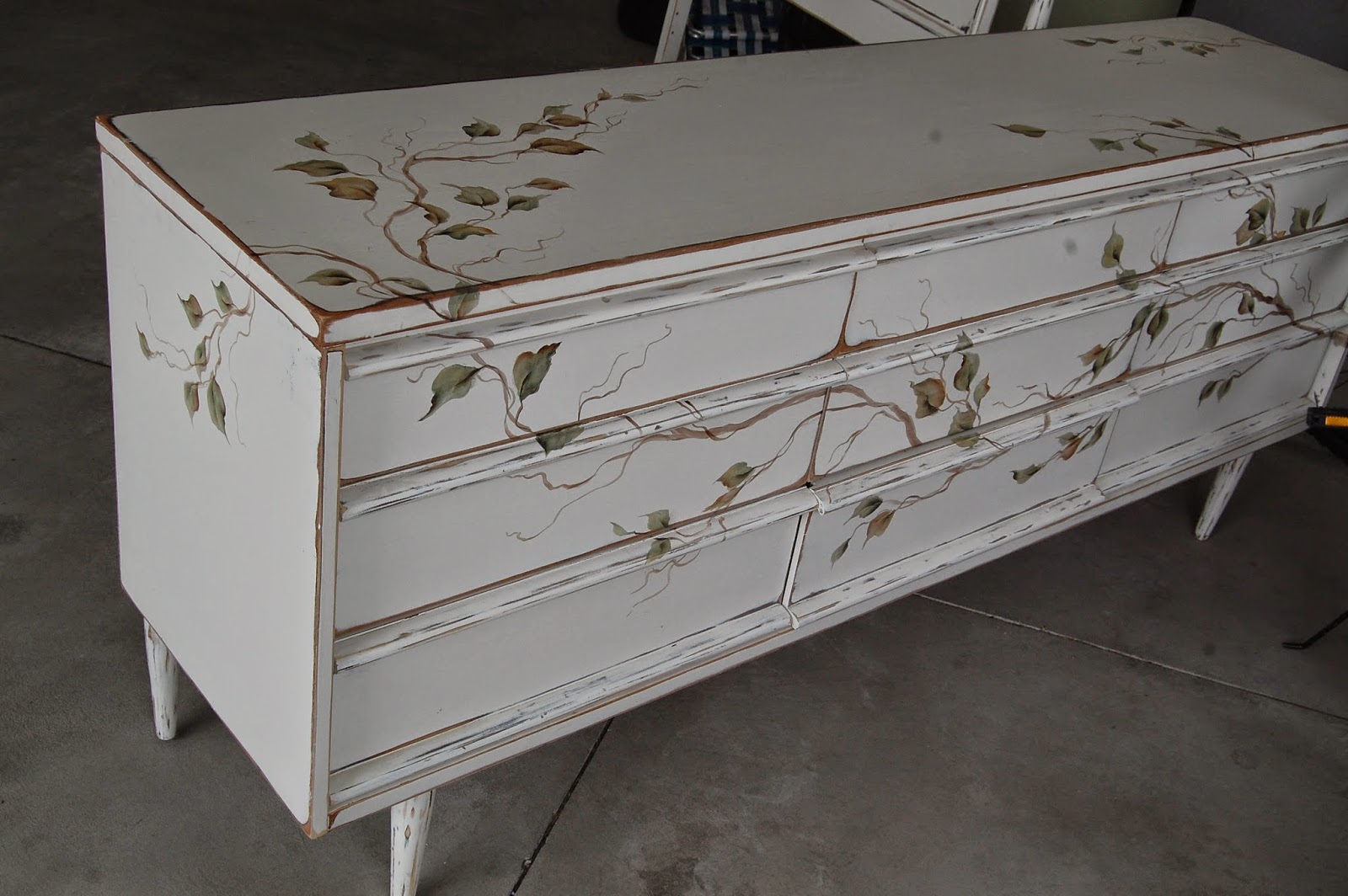 I am not sure if this was original or if someone painted the ivy on it or what but it was not the style I was going for. 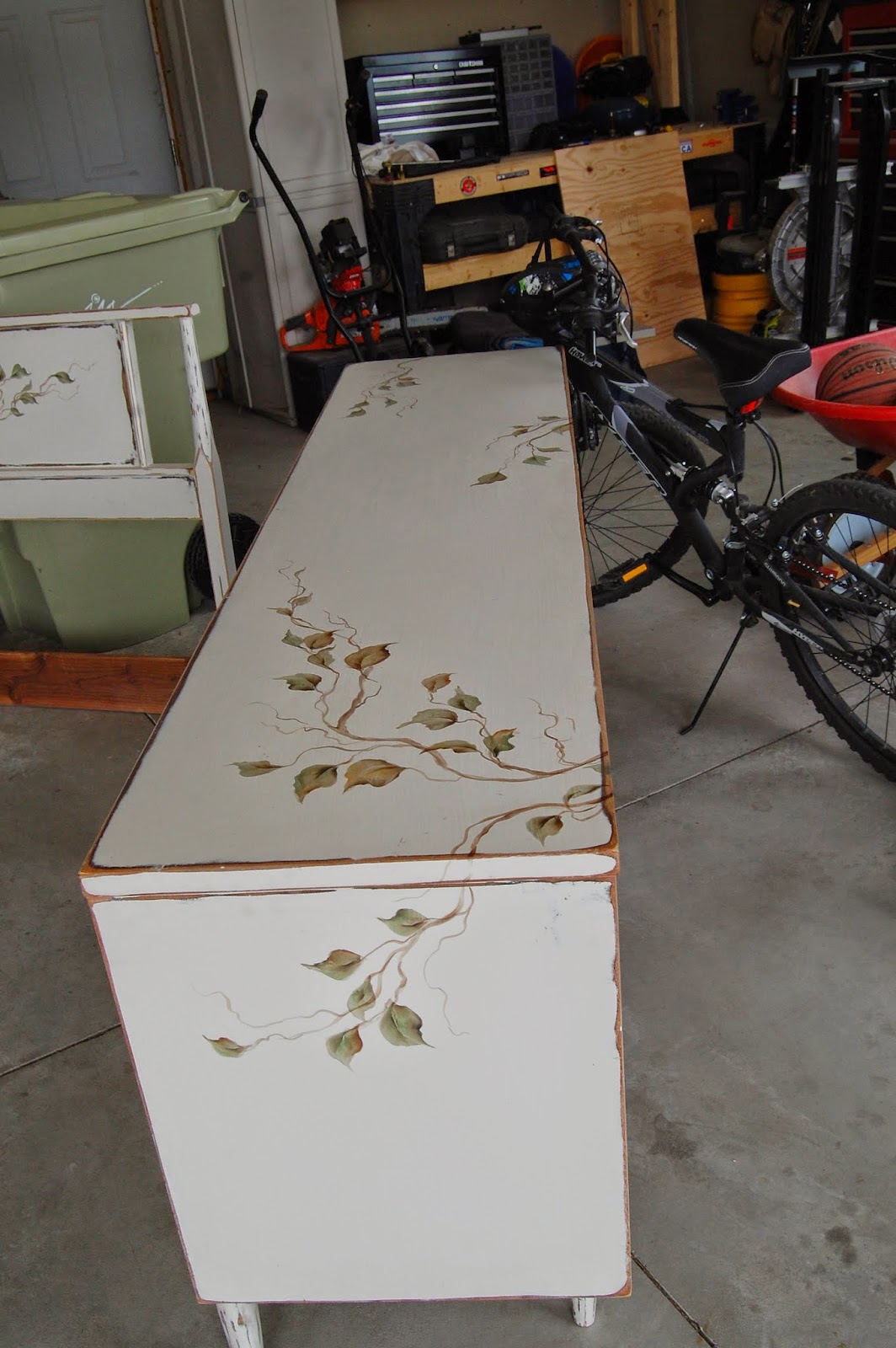 I took the drawers out and gave it a light sanding and wiped it all down.  As I was priming it, the original idea was to paint it white but then I had a better idea...COLOR!!

The rest of the house is fairly neutral so I thought it would be fun to have some fun with color!   I chose a light blue to go with a theme I have going in that room.  Nothing crazy but something with just a bit of sumthin. 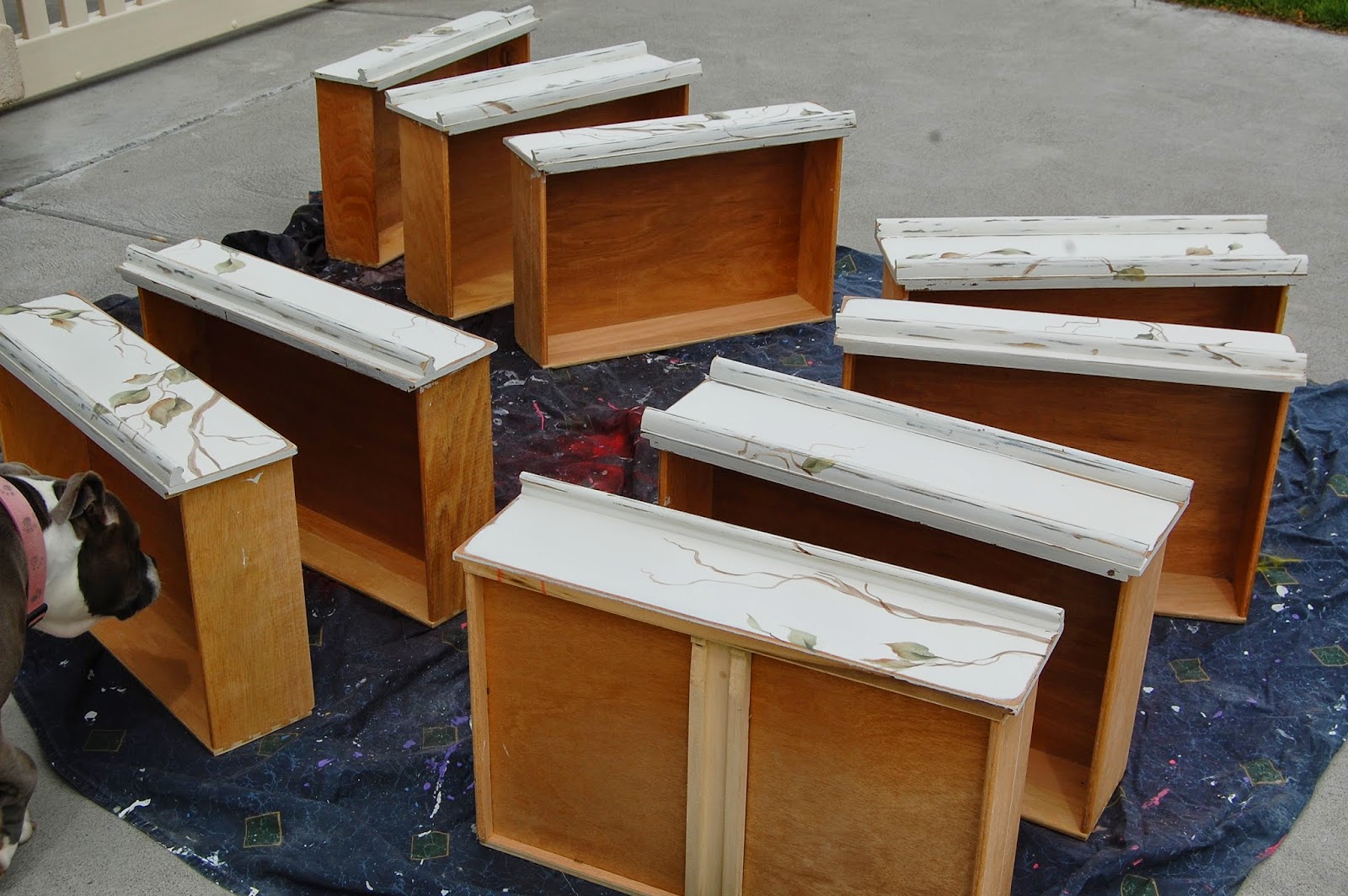 I was thinking of some cool pulls but since there was already a lip for pulling, it really didn't need anything more. 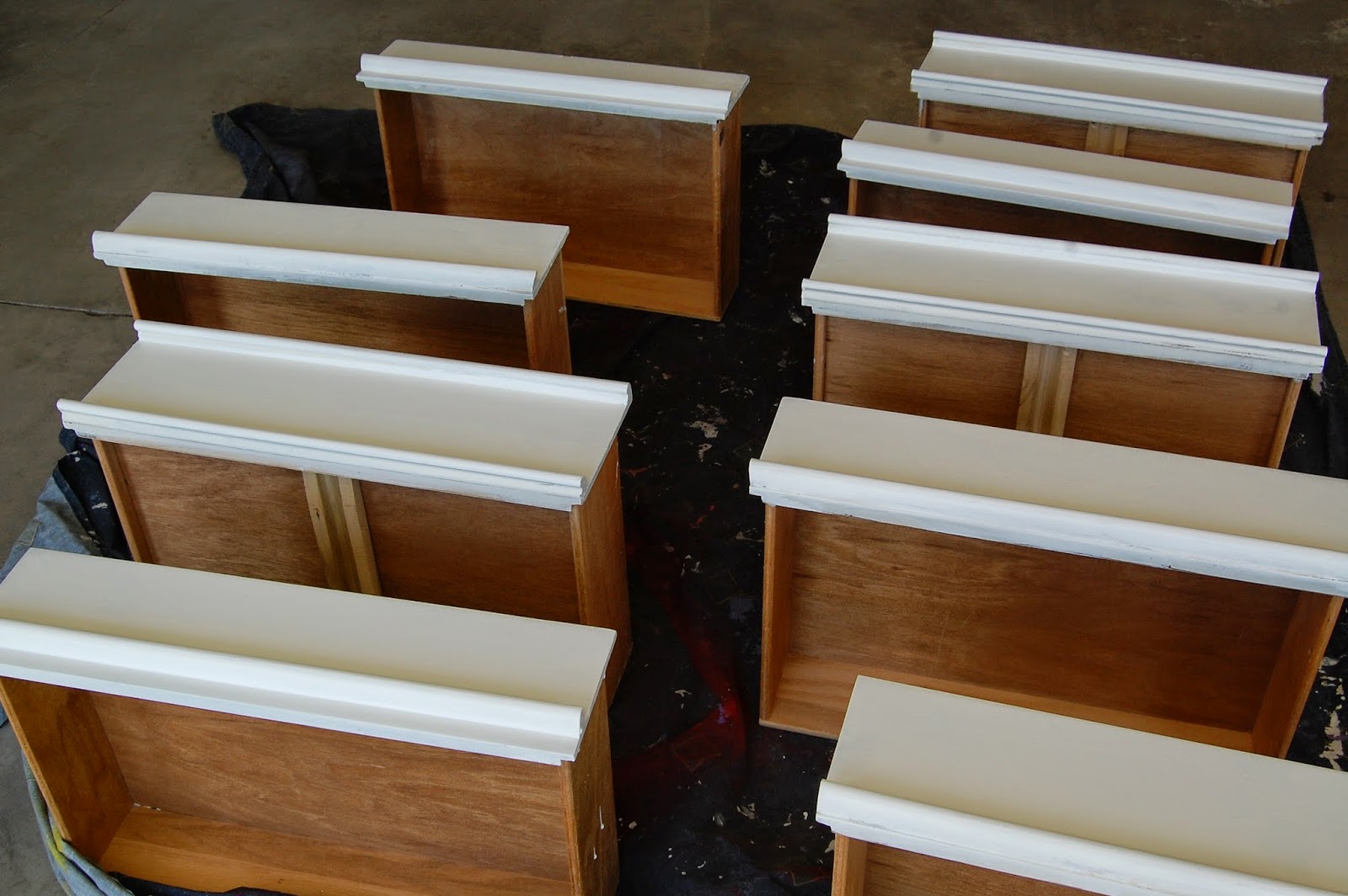 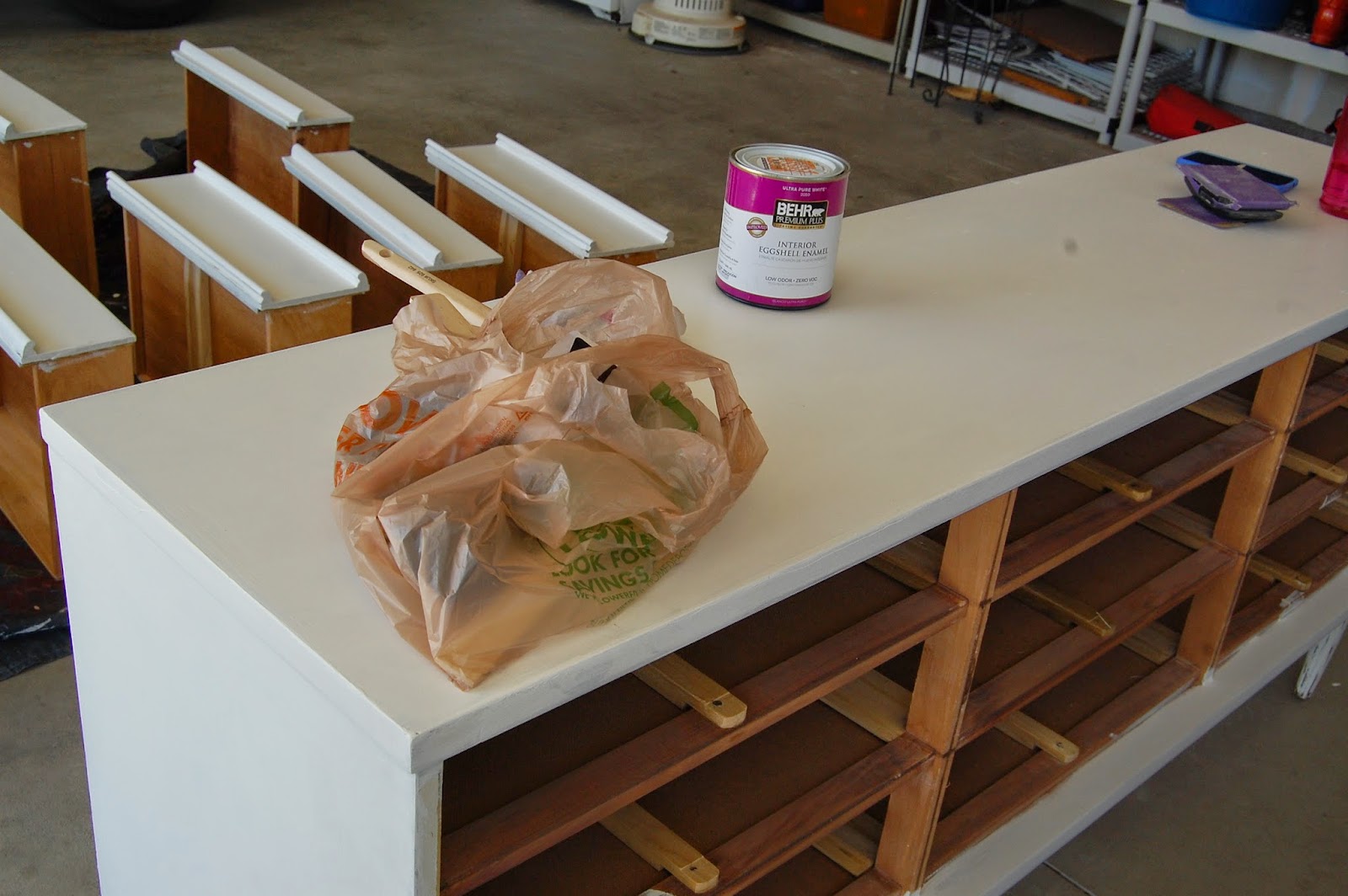 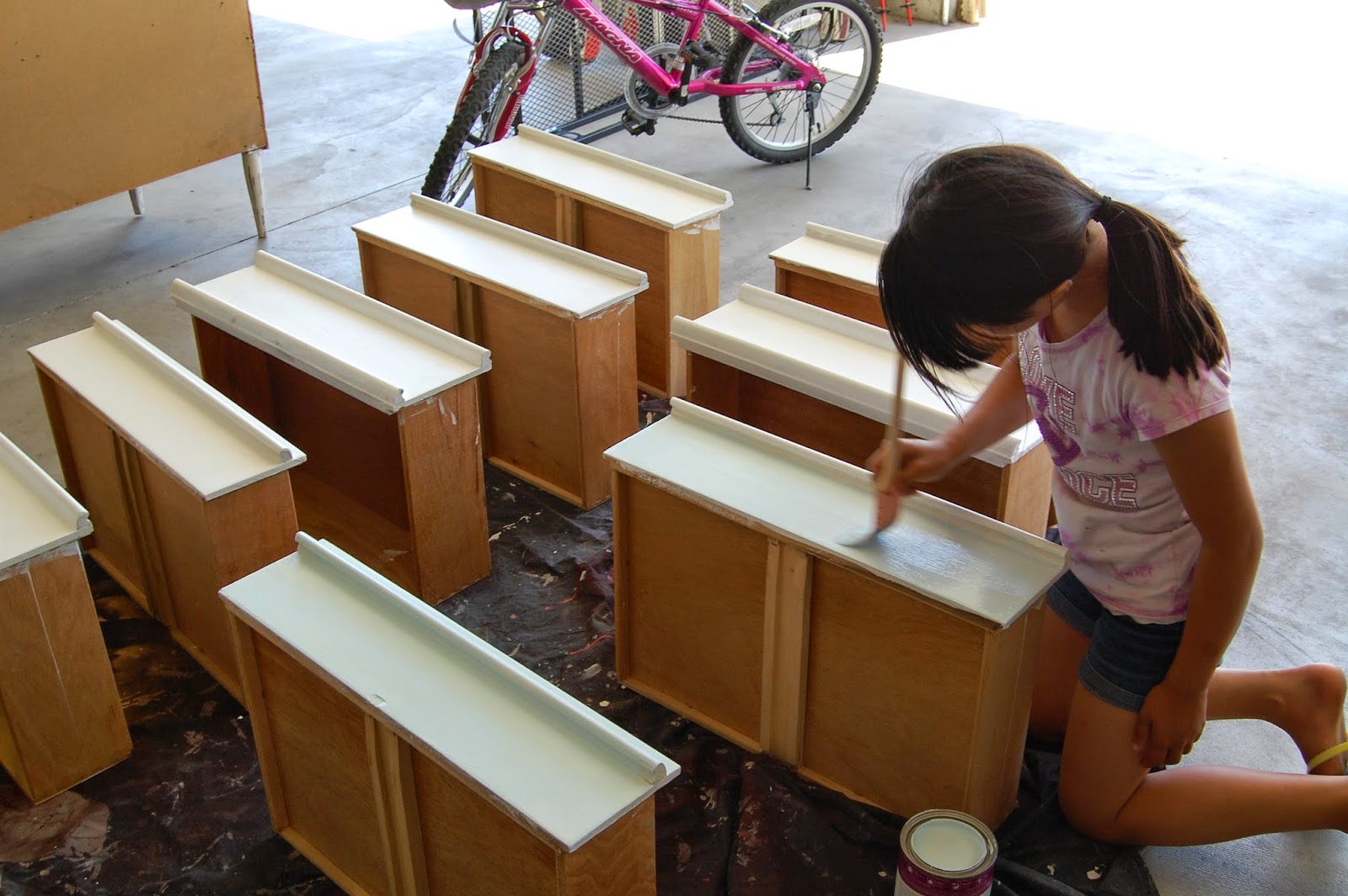 I went with Behr Salty Tears. 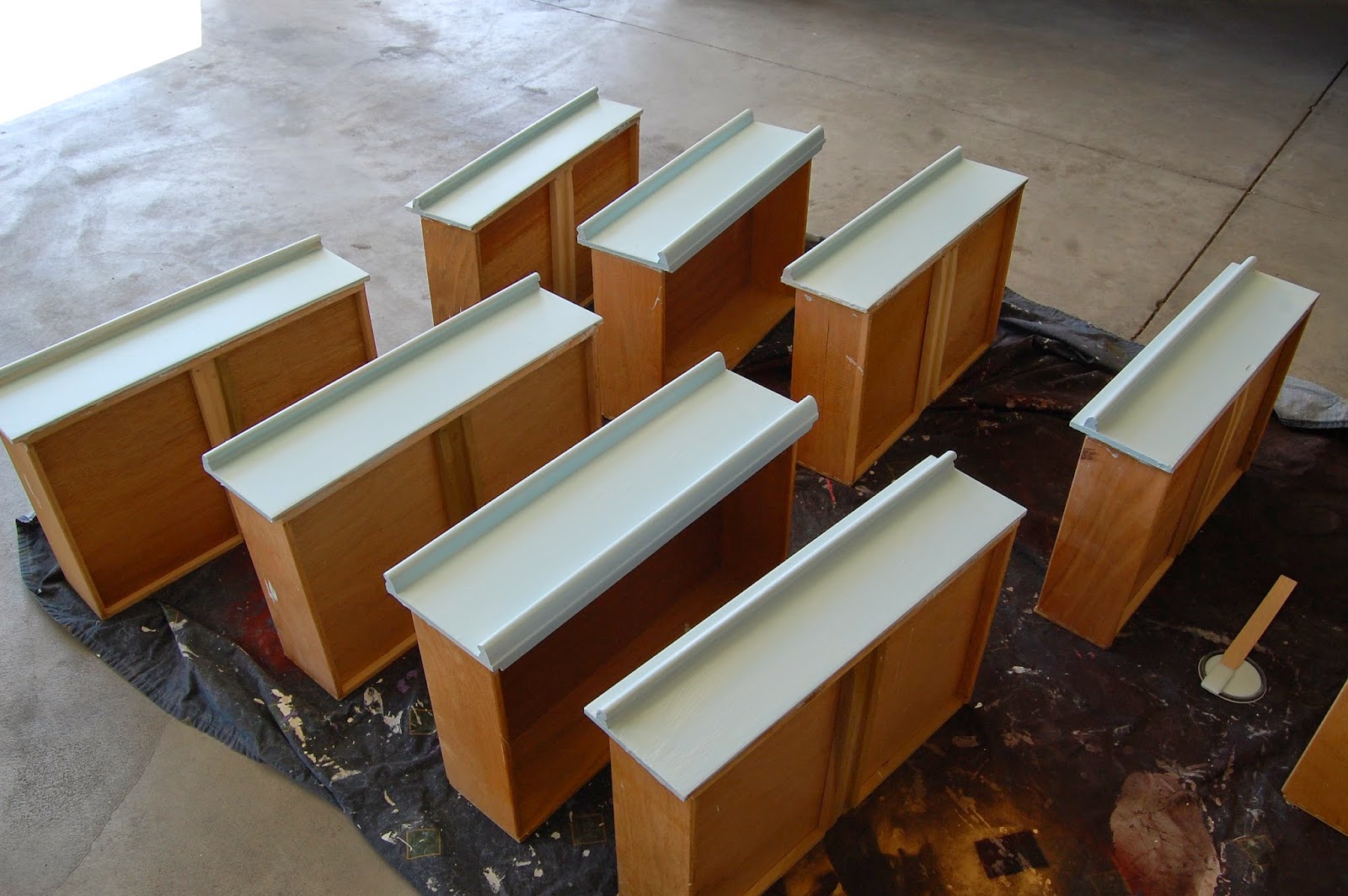 So here she is in her ivy-less, salty tears glory! 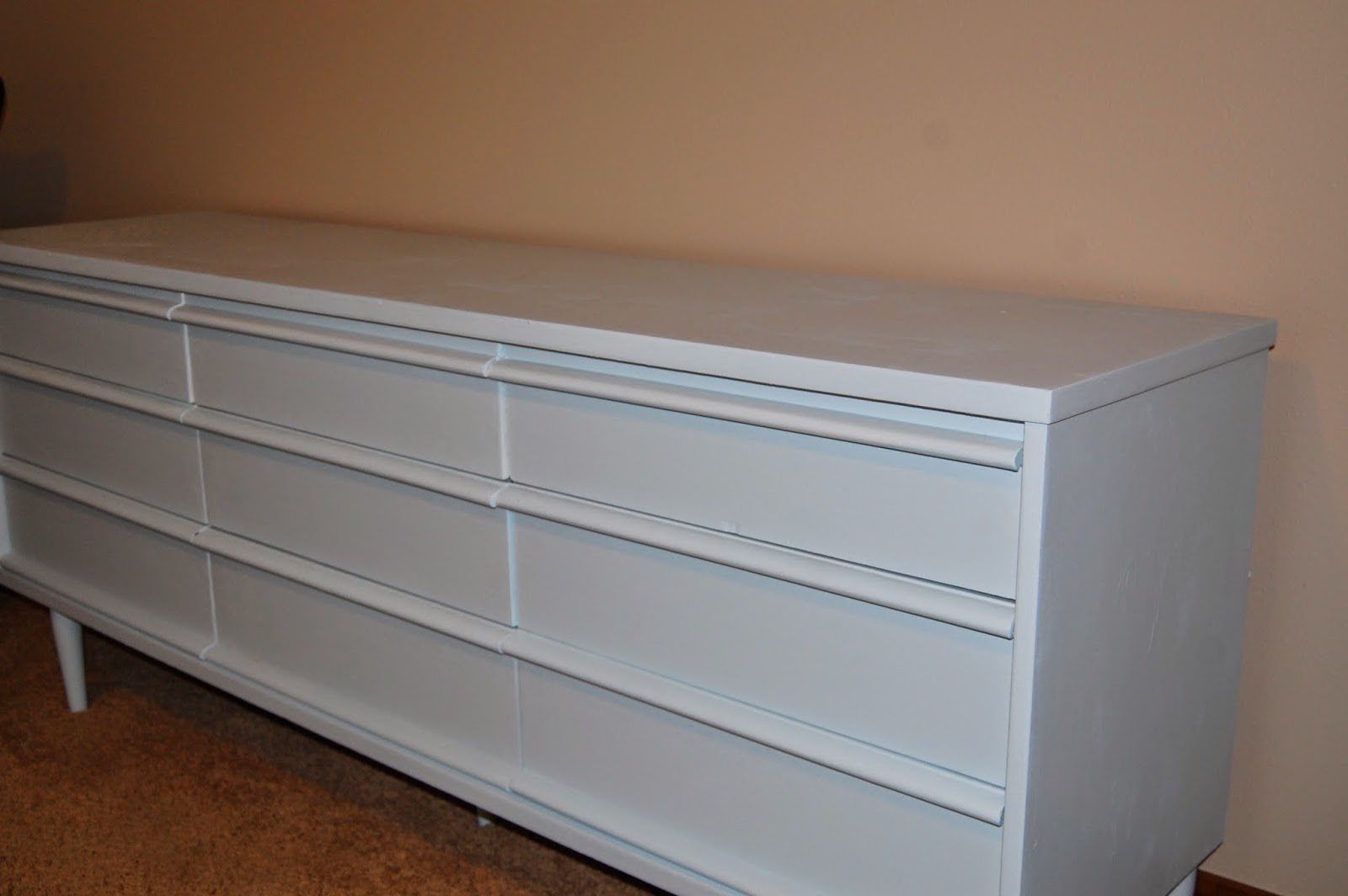 Quite a difference and I am so happy it was done for our guests to enjoy.  There was a matching headboard which is primed but still in the garage.  I will get to it someday. 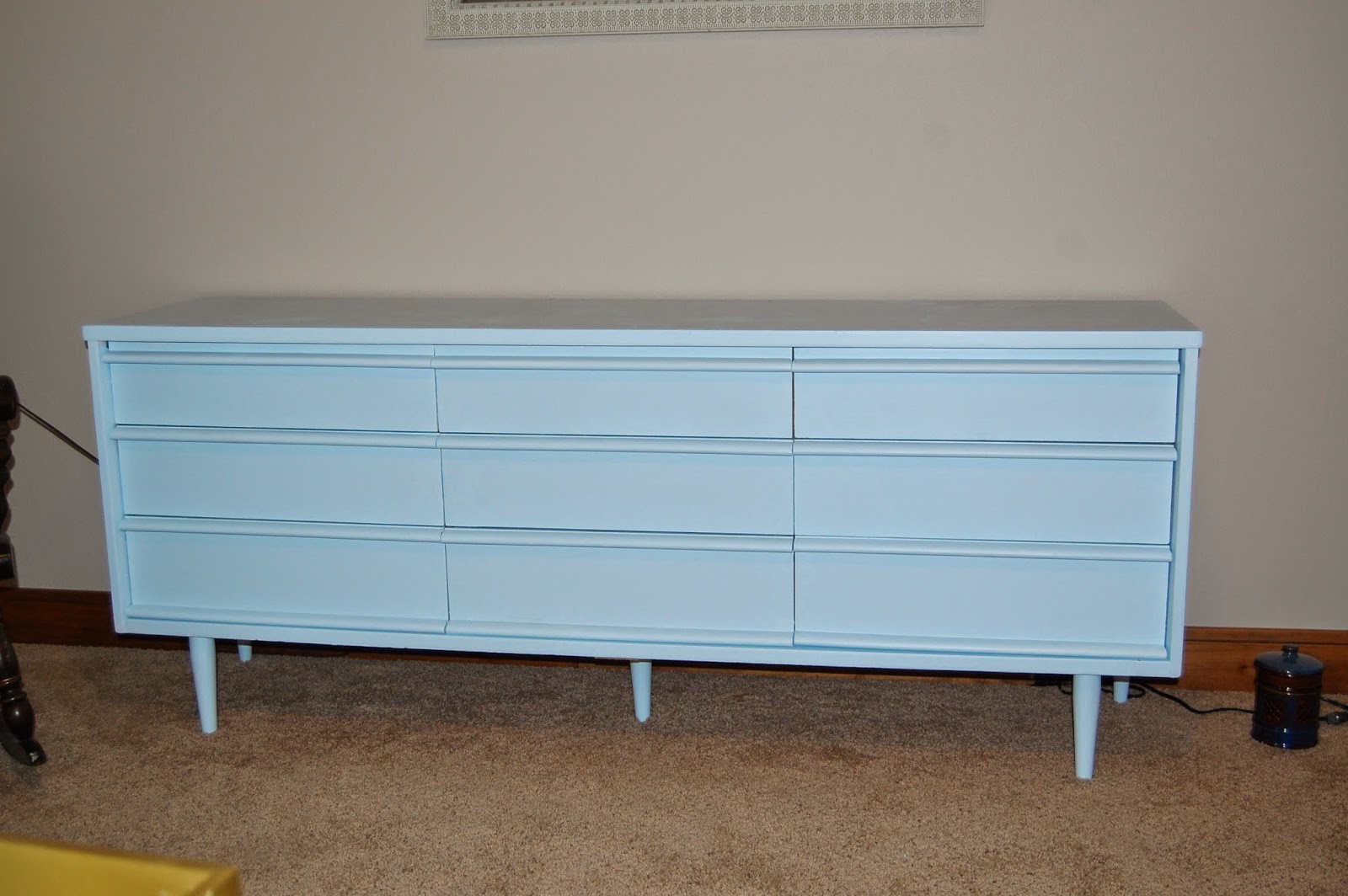 Stay tuned for the Guest Room in its entirety!
Posted by Lisa at 2:10 PM 1 comment:

Lisa
Idaho, United States
Connecticut native but recent Idaho transplant. I love to help people with body image, weight loss and just feeling good with their bodies. I learn just as much from my clients as they learn from me. I have been married for many years and I have a son and daughter; 2 dogs and 2 cats.